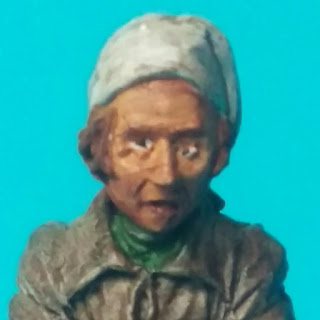 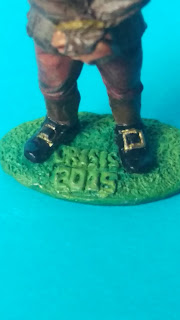 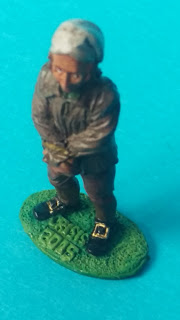 As you can see, the special figure of Crisis Antwerp 2015!!!
The exhibition I went to like every year!
Each visitor gets such a great figure.

It is a metal figure, here a picture from the master: 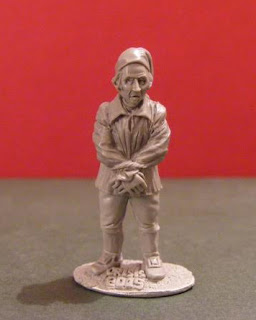 I did some research what colors to use,
but there is not much info
about this man on the internet. 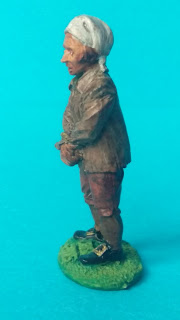 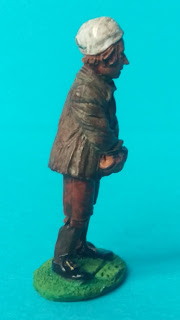 So I took the colors like the cloths they had in those years.
Not very colorful, I know... 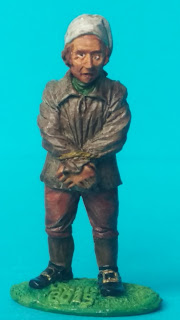 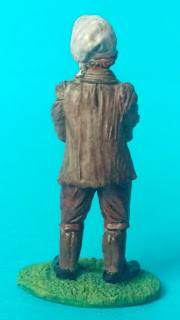 Jean Baptist De Coster,  a farmer and innkeeper.
When Napoleon used his inn "La Belle Alliance"
he was forced to be the personal guide of Napoleon.
Afraid of the shots, he was was strapped to a horse.
Some say the French lost because of his bad french. 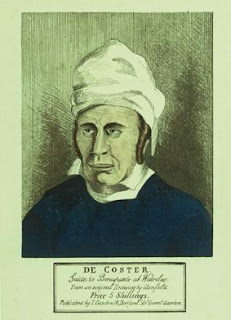 But after the war, he became a rich man.
As a guide over the battlefield, he ask a lot of money.
In twelve years it was around 300.000 francs!