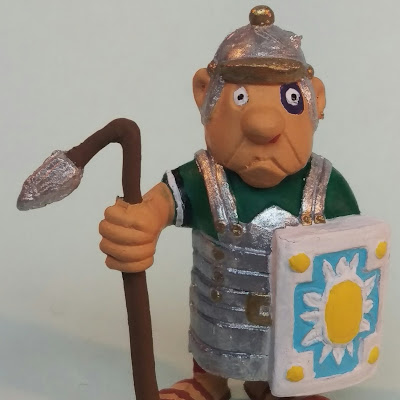 Oeps, look at this poor Romain.... 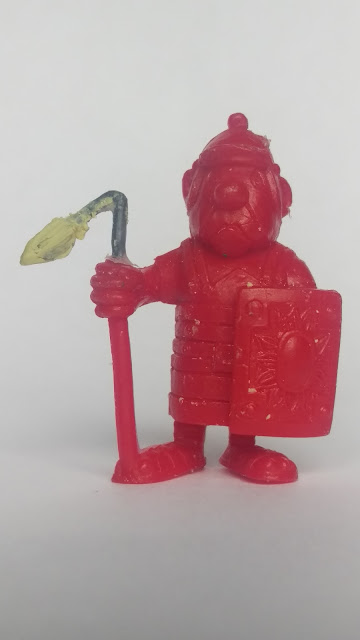 This month I have painted a broken Romain!!
As you know, I search the internet for the Asterix Romans.
And some figures I buy turn out to be slightly damaged, like this one.
This figure was missing the part of his spear above his hand.
Then it occurred to me, because he already had had hits ...
To make a broken spear out of it 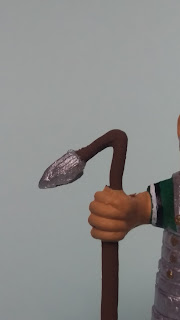 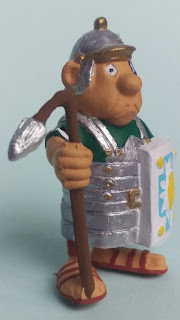 I have used for the steel iron wire, and then made the point with milliput (Yellow-Grey) 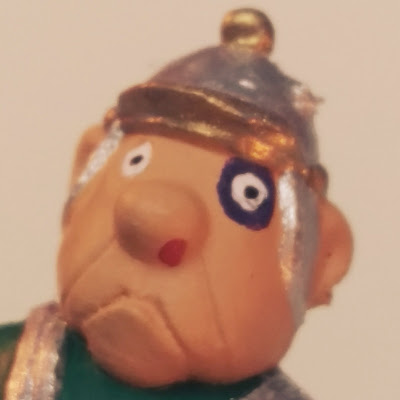 Then 2 small details with paint on his face:
made his eye a bit purple, like he was hit on it
and made his nose a bit red, like it has bled 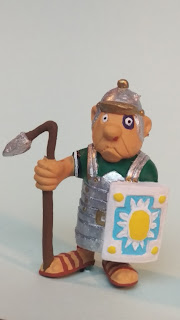 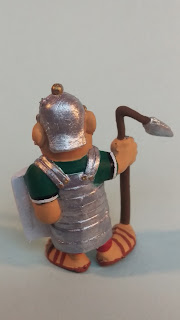 And so a broken Romain, is really become a Roman who came out of the fight
or at least Obelix come across in the forest ... 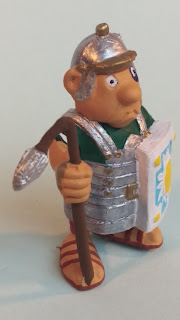 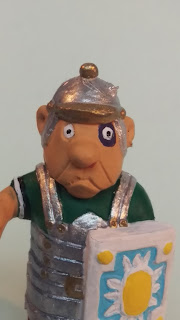 I am very satisfied with the end result,
it's something different than the normal chewing gum figurines

I hope you like this guy as much as I do
and maybe this little conversion brought your  some ideas! 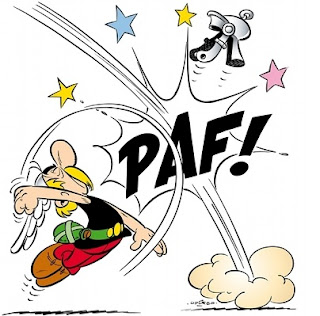