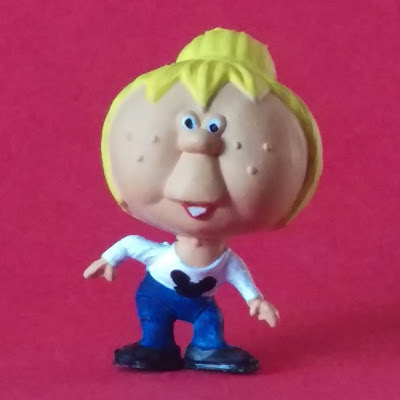 This month not a Asterix figure, but a figure in a likewise scale.
Found her on my hunt to more Romains on the internet. 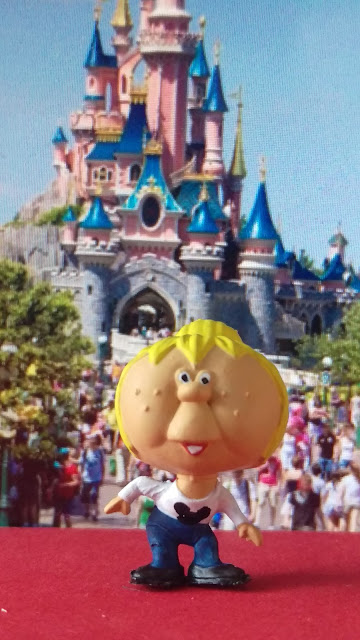 And I panted her as a tribute to my daughter Marjolein!!
Like I did last year my son Benno
Of course because she is a big Disney fan,
Mickey is on her shirt! 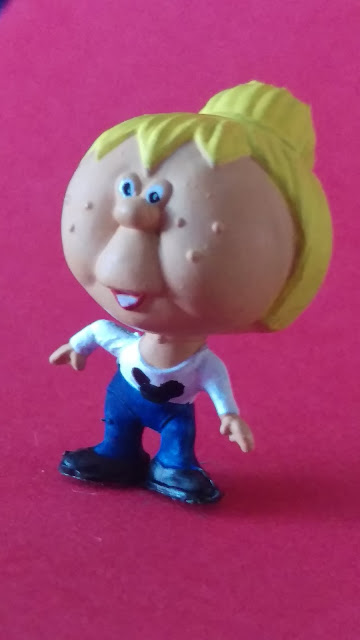 The only thing what is a bit wrong is she has no freckles,
so let's say these are pimples... hahaha 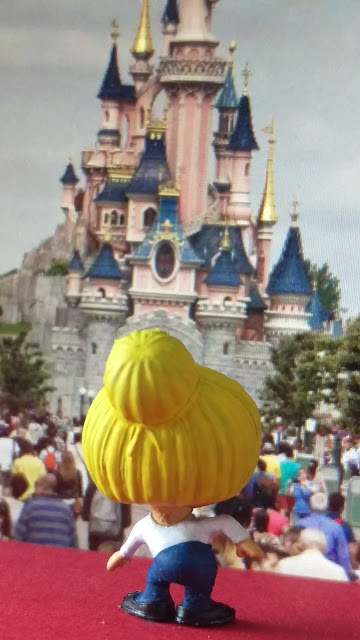 The figure is very simple, so no spectaculair work.
But still fun to paint! 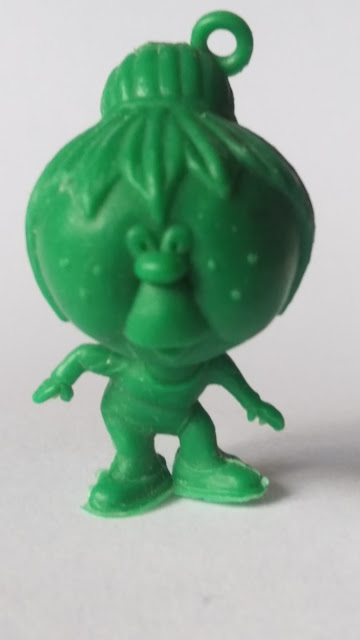 Above the unpainted figure, just to show the difference.
The original name is Titina, and she is from this range of 16 figures: 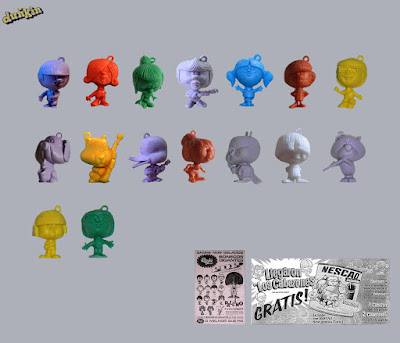 And as far as I know now, it's a gift in the south of Europe during the 70ths.
Called Big heads from a children TV series with POP characters.
Personally I don't know the original, so long live the internet.

This is the fun part searching Asterix figures, sometimes I find a different serie.
And can show you something else so now and then!

But still painting my Roman army, and hope to find some more solders.