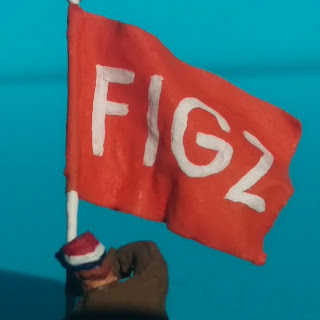 This month a totally different project...
My FIGZ flag guy!

Like every year I organize a small event called FIGZ
and since 3 years it's a reason to start a groupbuild
on bennosfigureforum.com

The theme this year is to make a big parade of figures
using figures from there own country.

I am not good in these sort of paintjobs, but as organizor
I felt that I had to take part of it, so I had a idea.

Making a guy with a promotion flag of FIGZ.

With a figure of the set Revell 2564 I started this conversion: 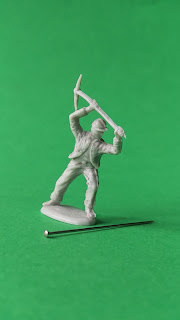 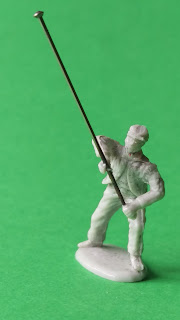 First I cut of his tool, and the next step was his arms.
Had to give them the right pose to held a flagpole .
Even tried to change his hand, but that didn't work.
Drilled holes, put in some metal wire, and glued.
For the flagpole I used a normal pin, heated it so it fits in his hand.
With paper tissue and wood glue I made the flag. 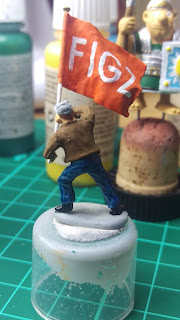 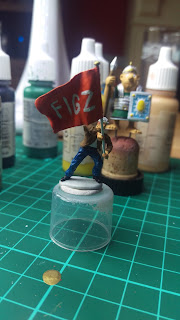 ...and on the painting table giving him the Dutch look
Yeah you still see secretly a Roman here, hahaha 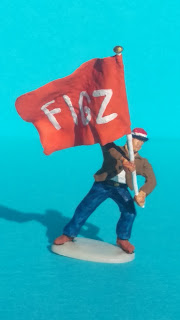 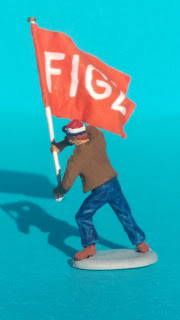 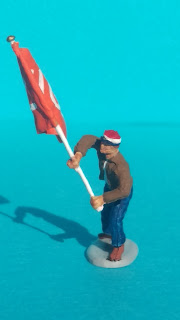 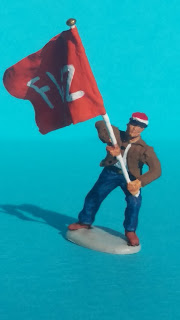 And made his cap in the Dutch red-white-blue 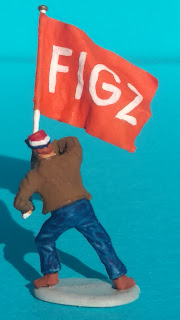 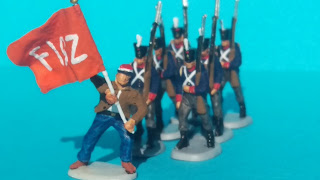 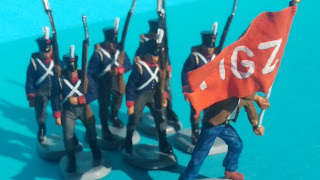 FIGZ is on the first sunday of June

It was fun making this flag guy!
Can't wait to see him in the parade....