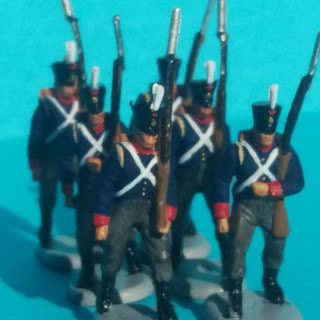 Look who marching into my blog...
(yeah on the last 2 pictures in may '17 you could see them already) 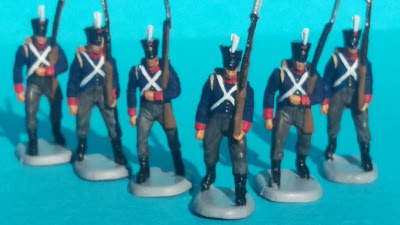 This moth I show the 6 Dutch infantry Napoleonic figures.
I did paint extra for my good friend Jan his group build for FIGZ. 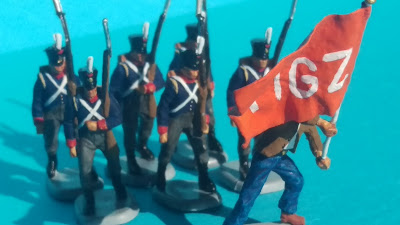 I only told him I would paint a flag carrier,
but as a small surprise I added these 6 guys in the parcel. 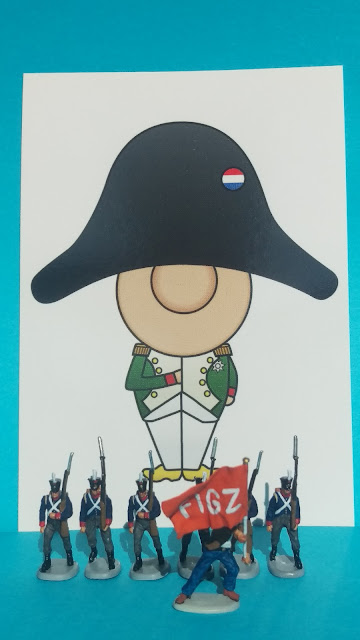 But what a hell it is to paint those Nappies...
I know it sounds stupid, but I really hate painting them...
And that's why it took a bit longer than I had hoped for! 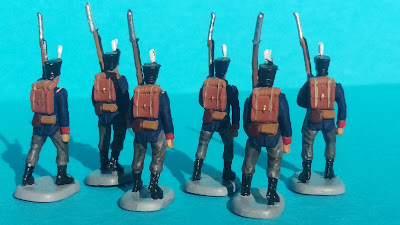 I tried to get the right colors, to avoid to much reactions.. 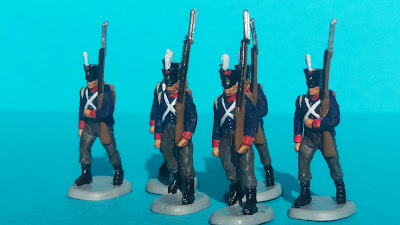 Okey, when there is more then one, it already looks nice... 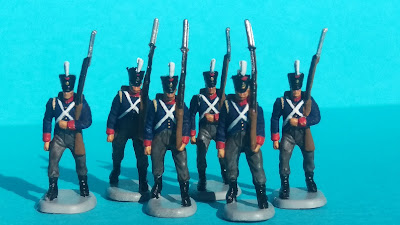 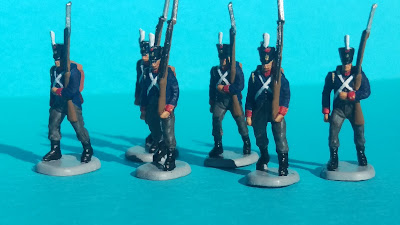 But even I hate these figures, I liked to do this as a thank you for Jan,
who did a really great job on the
Bennos Figures Forum Great Miniature Figures Parade 2017.

When I send the parcel it took so long,
I was afraid I lost them in the post.
But after two weeks they finally arrived, pffff.

So this was the rest of my entry for this years group build.

To get a impression on the total project, look at the forum post
klick here