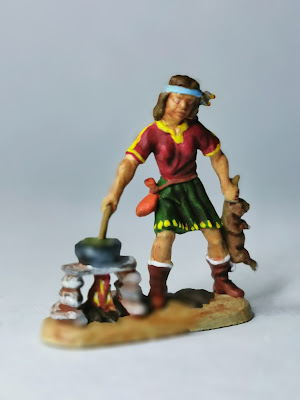 And again an old figure, from the Atlantic set 1012 Sioux Camp.
It is an Indian woman who is going to cook a rabbit. 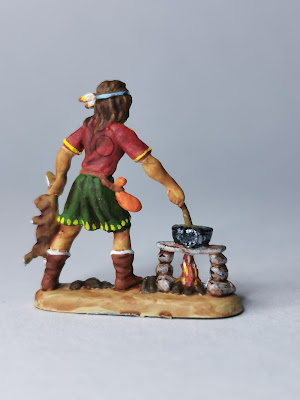 I got this figure from my Belgian friend Peter.
When he did sent me the Gold digger
for my duel against Mr. X on our forum. 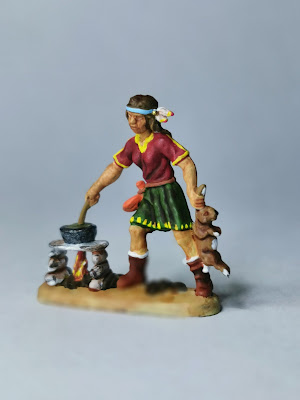 He send me a lot non violent figures, but this girl
I had to paint for a duel against Peter.
That was part of the deal, so I had to duel again... 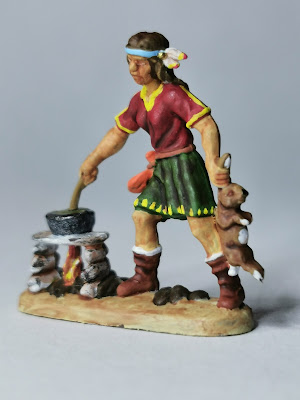 Because Peter mailed me his pictures before I started
I would play it fair, so I decided to use other colors. 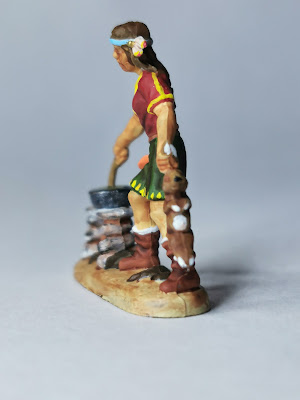 Even the rabbit had to be brown, not gray.
And I added some white spots on him.
Even gave him a name: Peter Rabbit.

Yeah I lost again, but I had fun painting
Thats where it is all about.
Here you find the DUEL